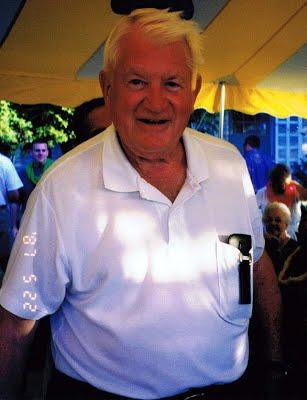 Jack, as he was more familiarly known, was born June 11, 1922 in Cape and was a lifelong resident. About 1932 Jack began spending summers at Cheley Colorado Camps. From the time he arrived in Colorado, the mountains were in him and he loved them all his life.

It was obvious that camp had a significant influence upon Jack and remained important to him. Jack retained many lifelong friends from his days at Cheley, people with whom he traveled and visited the remainder of his life. In 1989 Jack helped found the John Austin Cheley Foundation, helping forge our identity and founding principles, and setting the stage for the future of our organization. His love of Cheley Camps and passion to provide the camp experience to those who could not afford it was passed down to two of his children, Walter and Kathy (Trammell) who both became JACF trustees.

He was the younger of the two sons of Robert E. Lee and Floy V. Tucker Lamkin, both of old Virginia families removed to the heart of Missouri’s “Little Dixie.” In 1907 the father came to Cape Girardeau to open the Buckner-Ragsdale Clothing Company at the Quality Corner of Broadway & Main. With his sons and grandson it became the family’s business for the next 75 years.

Assumedly Jack graduated from Central as three colleges claim him as an alum: Westminster, SEMO, and Washington University for a bachelor program stretching 7 years including an interruption for World War II service. Family connections might have kept him out of the fighting, but Jack enlisted in the Marines, incurring the formidable displeasure of his mother. Nevertheless, Fred Groves, head of the local draft board and an officer in WWI, gave Jack his .45, now a treasured family memento.

An acquaintance with engines gained in Central’s shops resulted in an assignment as aircraft mechanic in VMF 121 which took part in the extremely costly and unnecessary invasion of Pelilieu Island. There he was wounded by a Japanese sniper. Before returning to the States after the August 1945 surrender he served a tour in China developing a taste for pigeon blood and Tsingtao beer.

Back state-side and on campus, Jack became reacquainted with a former neighbor girl who had moved to St. Louis. In November 1948 he married Kathrine Porter Russell there and brought her back to Cape in time for the May 1949 tornado. Numerous well-behaved children quickly followed, dashing all thoughts of a Rocky Mountain high.

In addition to the family business, he: helped build the JC golf course; flipped pancakes for the Lions Club; war-hooped for the Parsley & Shumate Indians; did his bit with the Chamber of Commerce; counter-balanced the doctors on the Southeast Missouri Hospital Board; and was a long-time member of the First Presbyterian Church. In 1956 his beard won the Sesquicentennial Brother of the Brush contest. No one with Jack ever left the SEMO District Fair empty handed. Prior to the accident he attended the daily supreme court sessions on Kingshighway. Most recently he served as Grand Marshall of the Wik-a-Te-Wa Fourth of July parade.

No article about Jack would be complete without a mention of his dogs – Skippy, Gizmo, Tinkerbell, Jenny (ratdog), Andy, Shadow, Spanky, and Beau. They were true companions.

After Buckner’s closed, the Lamkin association with Main Street continued into the 21st century as Jack and Po built and lived in the first of the residential renovations overlooking the Mississippi. And, although all six of Jack’s children call Cape home, none reside in town. They include: J T and Kathleen of the blue states; Walter and Sharon of St. Louis; the late Richard and Sue of Montgomery, AL; Kathrine and Dr. Vic Trammell of Broken Arrow, OK; Melissa and Thomas O’Connor of London and Clayton and Donna of Quincy, IL. At last count there were 18 grandchildren, 20 great grandchildren, and one great-great grandson with another scheduled for Jack’s birthday, all of whom but the last attended the Sixtieth Wedding Anniversary.

In lieu of contributions, remember Jack over a good meal out, but if that is not enough, consider supporting the John Austin Cheley Foundation

We remember Jack and appreciate and benefit from his vision and that of his fellow founding trustees. 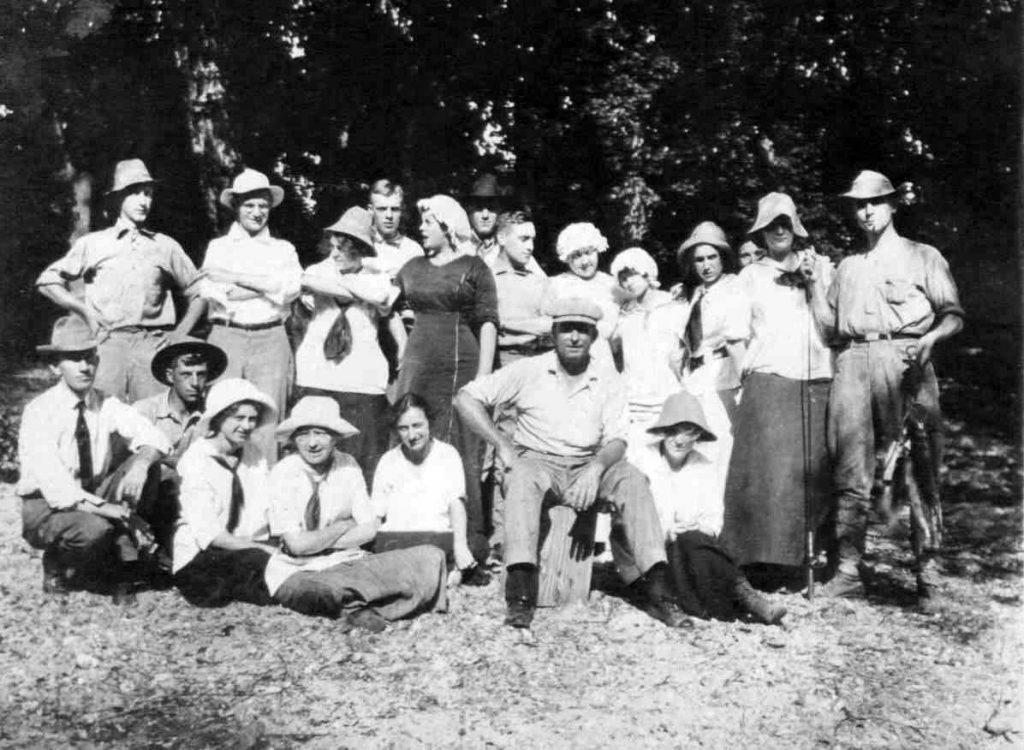 For more stories and photos go to https://sites.google.com/site/johntuckerlamkin/