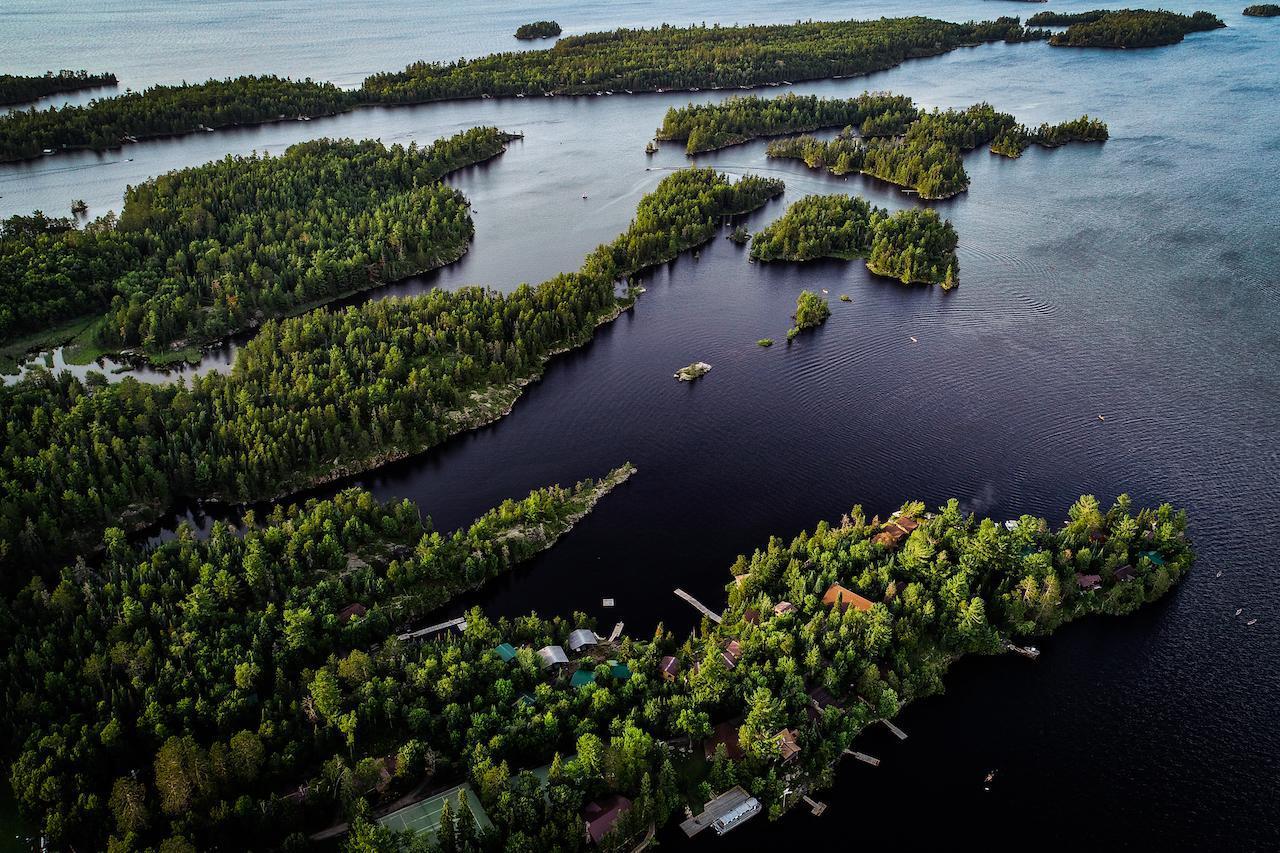 On the shores of Deer Island on Rainy Lake in northern Minnesota sits one of JACF’s newest associate camps—Kooch-i-ching. Just outside of the town of International Falls and very close to the Canadian border, Kooch-i-ching welcomed its first campers in 1925 and offers programming for boys in grades 3-11. Kooch-i-ching has a long history of inspiring “the growth of young men through fun, challenging, wilderness adventures that promote self-discovery, teamwork and service to others.”

JACF began sending campers to Kooch-i-ching in 2017 and will send 8 boys this summer to the unspoiled wilderness of northern Minnesota and the finest canoe country in the world. Campers at Kooch-i-ching canoe through Ontario, Manitoba, and Saskatchewan, following the trails of voyageurs and fur traders as well as blazing new trails. For those campers who prefer land to water, Kooch-i-ching also offers extended backpacking and climbing trips in the Rockies and western United States.

Regardless of which adventures campers choose, they all have new experiences that challenge them to plan, prepare, problem solve, and work as a team. They strengthen their friendships and build character as they work together to meet and master the challenges they face. These trips are hard work and push campers to their limits, but they are also incredibly rewarding and fun.

Advanced wilderness trips, the three-week “Big Trips,” have become an important tradition at Kooch-i-ching. For the oldest, most experienced Kooch-i-ching campers, the “Big Trip”—a 350-mile canoe trip to Hudson Bay, Canada—is an adventurous rite of passage that will never be forgotten. You know you are very far north and really out in the wild when eight polar bears are walking near your campsite!

JACF is proud to partner with Kooch-i-ching to offer the experience of a lifetime for some of our amazing kids. Though Kooch-i-ching is a camp for boys, it also has a sister camp in the same area called Ogichi Daa Kwe for girls in grades 2-12. Ogichi Daa Kwe is a newer camp, established in 2005 and offers similar programming for girls. Ogichi “empowers the strong spirits of young women where the characteristics of teamwork, confidence, perseverance, integrity, leadership and respect are cultivated as the cornerstones of a strong, spirited adulthood.” This summer, 5 JACF girls will challenge themselves through the wilderness programs at Ogichi Daa Kwe.

Our partnership with JACF represents a new horizon for us. We have always provided opportunities for underserved youth but, in recent years, we have become much more intentional about this effort. Sometimes, folks will ask why this is so important to us and my response, simply put, is because it is additive. Whether it is experiencing cabin life with kids from all walks of life, or on a wilderness canoe trip where there is no bench and no place to hide, offering these type of immersions to those who would otherwise never get the chance is as transformative for our camp community as it is for our scholarship campers. JACF recognizes this value more than most – their entire mission and vision supports this belief – and we look forward to growing with them for many years to come.