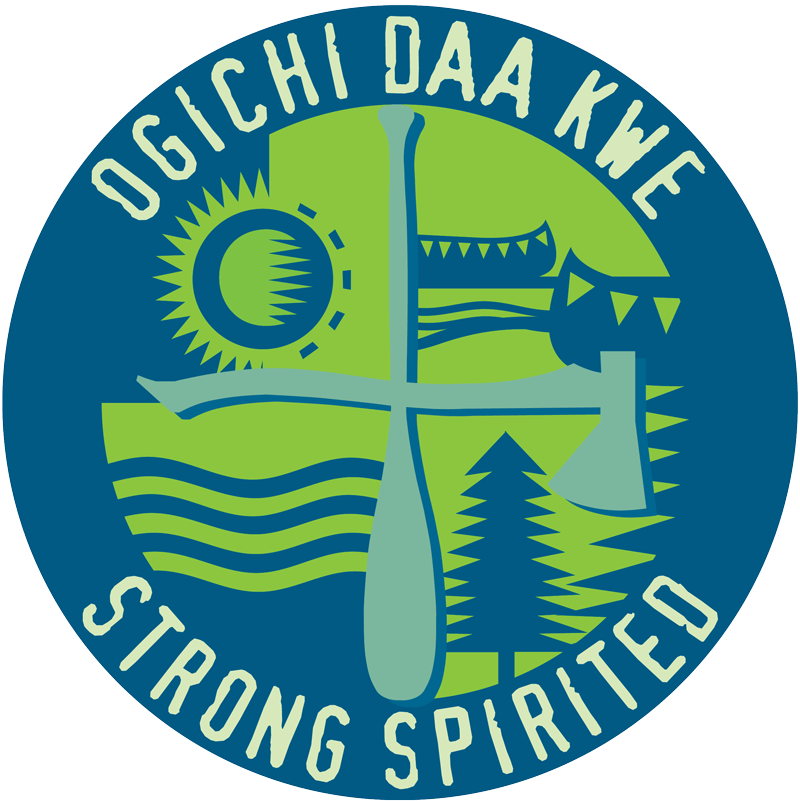 s early afternoon on the shores of Frank’s Bay, International Falls, MN and a lunch bell starts to ring.

From all directions, campers and staff descend upon the dining room in the camp’s impressive main hall.

After a morning of rock climbing, canoe building, archery, weaving, sailing, trip preparations and more, energy from the group is high. Some girls have already found their seats at the round tables – designed so nobody gets lost on a long bench – while others gather into a circle listening to songs written and recorded by some of last year’s campers and staff. Camp Director, Kathy Dix guides JACF trustee Kirstin Sullivan and Executive Director, Tim Lucas to a table toward the front of the hall.

The sense of friendship within the great hall is strong. The feeling of welcome is comforting.

There’s no assigned seating. The older girls don’t just sit with the older girls, each table is a balance of all ages. Everyone gets along. It’s what the camp prides itself on.

“These girls are building long-lasting bonds,” said Kathy. And those bonds were clear.

Before indulging into the allergy attentive, made-from-scratch meal, grace is chanted and smiles are exchanged by the girls. With their messy ponytails and sun-kissed cheeks, it’s clear camp is one of their favorite places to be.

“This is so good,” says returning camper Gemma as she takes a bite of her lunch. A native of Chicago, Gemma says she loves coming to camp in International Falls. She speaks highly of the camp community and everything that comes along with it.

The purpose of the tribes is to establish vertical friendships among the camp’s more seasoned campers all the way down to the younger girls, known in the Ogichi world as the “chickadees.”

“The tribes rotate chores,” Kathy explained. While many teenage girls may gripe about the thought of scrubbing showers and scraping food off hundreds of dishes, Gemma expressed excitement over the duties.

“It’s fun,” Gemma said. “It’s how we keep the camp clean. It gives us some responsibilities.”

The groups makes the best of it. After lunch, the tribe assigned to dish duty turns up the music and turns the task into a dance party, complete with bumping hips and contagious fits of laughter. Regardless of where the girls are from (and the diversity is broad), bonds were forming that would likely last a lifetime.

There is a reason girls come back year after year as campers and then eventually as staff members. This place leaves its mark on these girls. Powerful memories are made out here. It’s incredible.

For the first time JACF campers will venture to the shores of Rainy Lake and join the community of Ogichi Daa Kwe, in anticipation that this summer will be the time when  camp first leaves its mark. 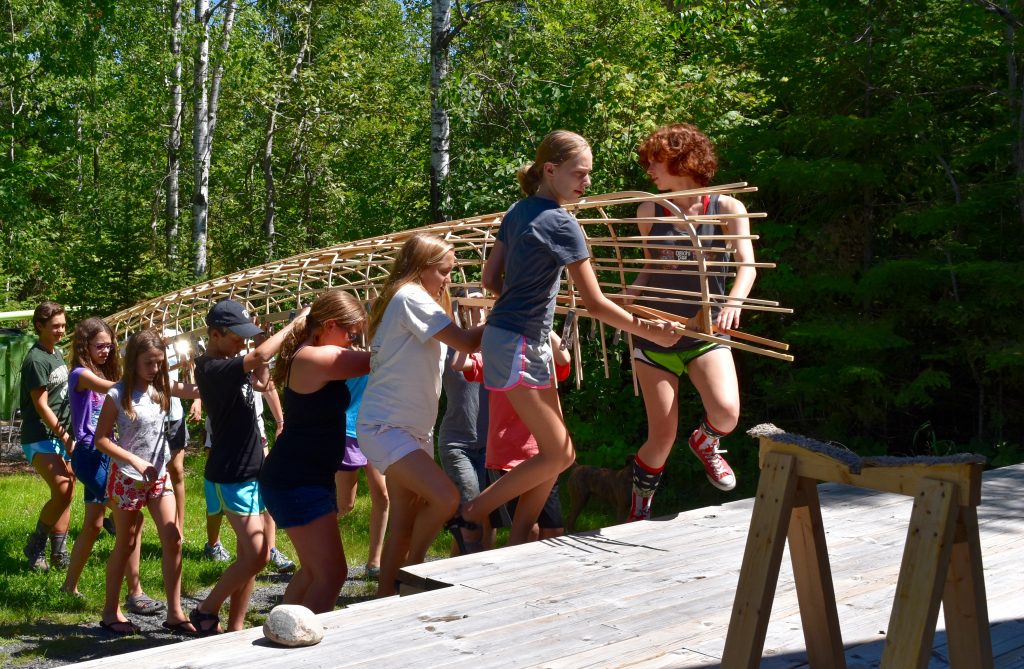 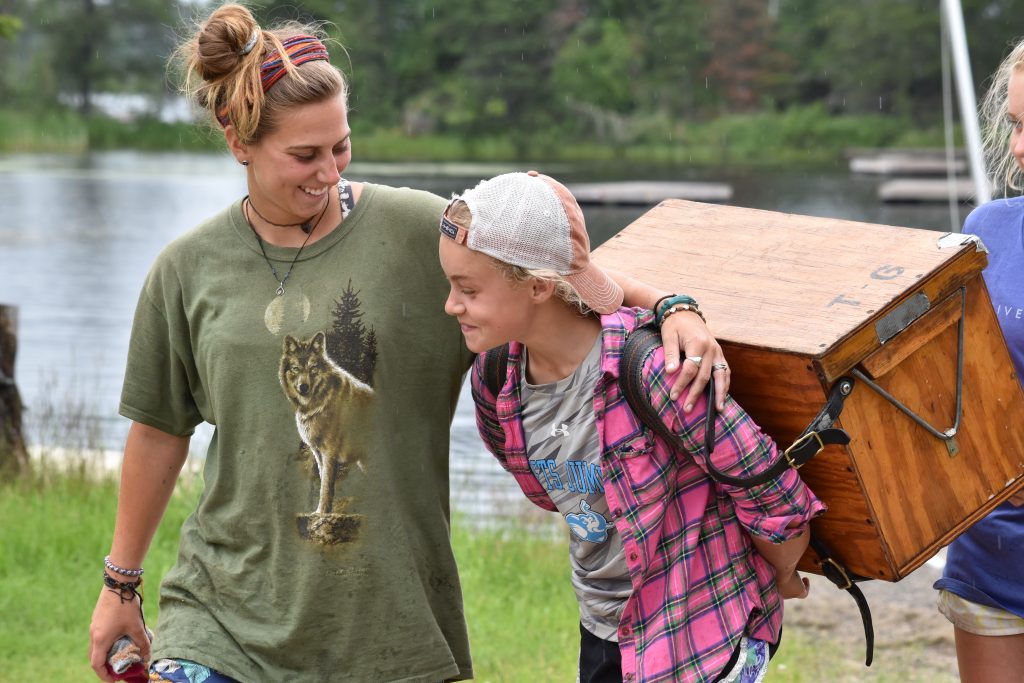 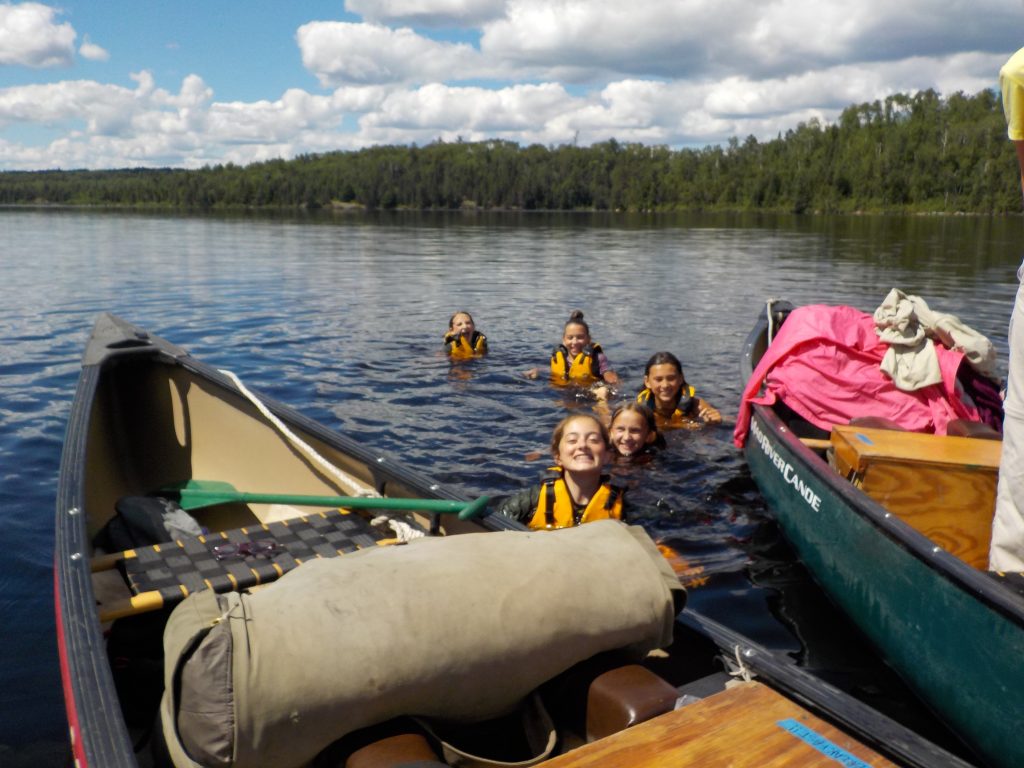 Aspects of this blog appeared in the ifallsjournal.com