Bob was born on December 28, 1931, in Kansas City, Missouri. After graduating from Shawnee Mission High School he attended the University of Colorado Boulder (CU), graduating with a bachelor’s degree in business in 1953 and a master’s degree in finance in 1954. While attending CU, Bob was an active member of the Navy ROTC and served as the President of Delta Tau Delta Fraternity. After graduation, he served as an officer in the US Navy and continued his service in the Naval Reserve for several years.

Bob enjoyed a successful 42-year career with the brokerage firm Smith Barney from which he retired as Senior Vice President in 1998. Bob’s relationship with the firm and his colleagues was proudly nurtured long into retirement.

Bob was a keen sports enthusiast and lover of the outdoors, something that was, in part, cultivated during his years spent as a camper and counselor at Cheley Colorado Camps in Estes Park, CO. The camp proved to be a formative experience not only for Bob but also for his children, and grandchildren, who between them have benefitted from 18 summers spent in the mountains in and around Estes Park:

He will be remembered as a dedicated, devoted, and loving husband, father, grandfather, great grandfather, uncle, friend, fraternity brother, and work colleague. His good humor; keen curiosity; love of the arts, nature, and wordsmithing; and optimistic outlook on life were felt by all who knew him.

We hope that you will join us in honoring Bob’s legacy by donating to help send a child to Cheley Colorado Camps in his memory.

There are many ways to invest in the kids that we serve and your tax-deductible gift will provide a child with an opportunity of a lifetime.

$150,000 Endowed Campership
Deliver the summer camp experience for one camper per year in perpetuity

$50,000 Power of Ten Make it possible for ten campers to attend camp for one summer

$25,000 Adopt A Camper Establish a one-on-one relationship between the sponsor and a camper for his/her entire camp career

$5,000 Full Campership Give the summer of a lifetime to a lucky camper

$2,500 Half Campership Cover half the expenses for one camper

$250 Outfitter Provide equipment for one camper

The John Austin Cheley Foundation (DBA: A THOUSAND SUMMERS) is a qualified charitable corporation under Section 501(c)(3) of the Internal Revenue Service. Gifts to the Foundation qualify for deductions for income and estate tax purposes. Tax ID# 48-1077337 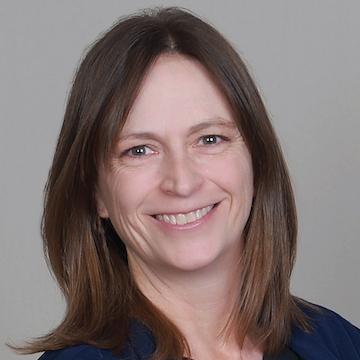 If you are working with a professional advisor or advising a donor, this guide may assist you with creating a charitable estate plan.

The information on this website is not intended as legal or tax advice. For such advice, please consult an attorney or tax advisor. Figures cited in any examples are for illustrative purposes only. References to tax rates include federal taxes only and are subject to change. State law may further impact your individual results.